You are here: Home / Book / Around Two Corners 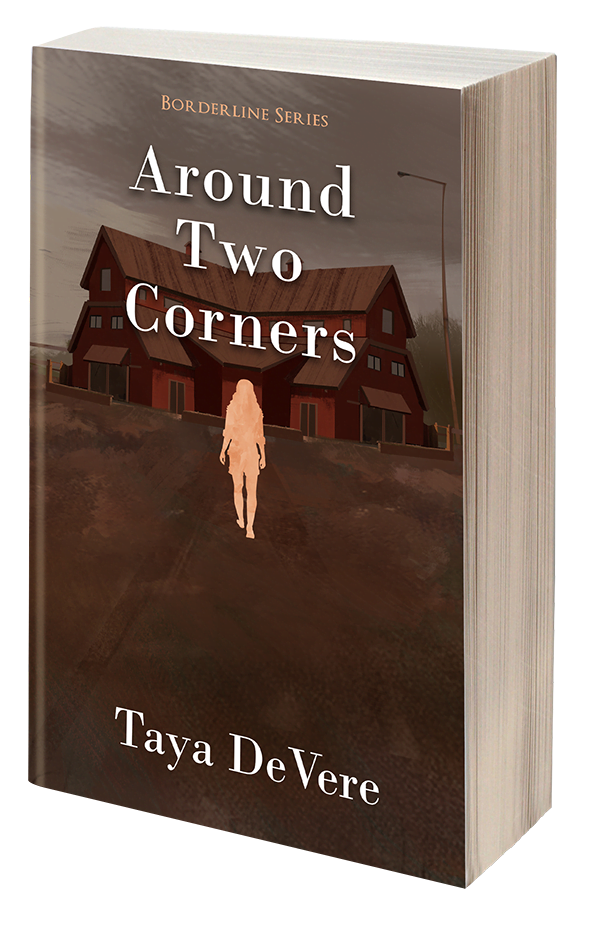 As her two worlds rage, Dee flees to Hereford, England. She lives in an old barn with unlikely company, desperately trying to heal herself after thirty years of combating the damage her father’s death did to her psyche. Now, at long last, she must face her own mortality.

This third book completes the “Borderline” series, which tells two tales, of two parallel realities, based on one true story.

Order using the buttons below!

*Available in paperback and ebook formats.*

This site uses cookies. By continuing to browse the site, you are agreeing to our use of cookies.